Bulgarian PM is Looking for Emigrants to Work in the Ministry of Interior – Novinite.com – Sofia News Agency

Published by Chief Instructor on February 15, 2022 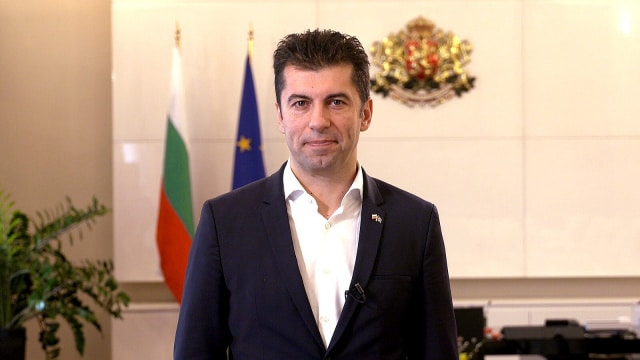 “My advisor and I are making a list of Bulgarians abroad who have the appropriate education to join the Interior Ministry, the new Anti-Corruption Commission, the special services,” Bulgarian Prime Minister Kiril Petkov announced on BTV.

“Geshev’s chance to clear the system is zero,” the prime minister added, justifying why he had to bring in people from outside to work in law enforcement.

Kiril Petkov congratulated all journalists who make “media revelations” about power abuses and told about the report of the Spanish authorities on money laundering, received at the Ministry of Interior, which also includes a photo of ex-PM Boyko Borissov.

The prime minister said there was enough evidence of crimes in the media that were not being investigated by the prosecutor’s office, and gave an example: “Bozhkov said over the weekend that he gave money to Goranov.”

“We are working on a lot of cases in the Ministry of Interior and the State Agency for National Security, where evidence is being collected, and I told them that they have complete freedom.

One of the indicators that you are moving in the right direction is to see Delyan Peevski from the front row of the parliament shouting something.

The whole goal is to clear the country of the burden of corruption that it has been mired in for the last 30 years.

People feel with their bellies that for the first time in 30 years there are people working in their best interests.”

Said the Prime Minister of BTV.

American software companies have asked Prime Minister Kiril Petkov whether they can transfer their programmers from Ukraine to Bulgaria so that there is no risk for them and their work during a possible armed conflict with Russia. Petkov brought together the Minister of Economy, the Ministry of Interior and the State Agency for National Security to “organize a strategy for these people to come to our country and work from here during the crisis.”

“All the potential for an attack is there. Russia, if it decides, has the entire battle group formed, which can enter Ukraine. And Vladimir Putin’s decision remains. I continue to hope that there will be no war, that this is a bluff because the real end result is not clear where it will go,” said Kiril Petkov.

We have options on how to preserve the energy system, I am already in talks with the EC to potentially partially stop the export of electricity, he added. Options for liquefied gas through Nea Mesimvria are being explored. The Bulgarian NPP was provided with fuel for two years so that a possible energy crisis would not be felt by Bulgarian households.

Prime Minister Kiril Petkov praised the qualities of the dean of the Singaporean branch of the prestigious INSEAD business school Ilian Mihov, but on the occasion of his statements that he will be the new head of the BNB, he explained that each party in the coalition will nominate a candidate and the best one will be selected.

Petkov also said that he would not build the Belene NPP, but would eventually work for new reactors at the Kozloduy NPP. As for the interconnector with Greece, he said he exchanged text messages every week with his Greek counterpart Kyriakos Mitsotakis on project development.

Source: Bulgarian PM is Looking for Emigrants to Work in the Ministry of Interior – Novinite.com – Sofia News Agency