Published by Chief Instructor on March 2, 2021 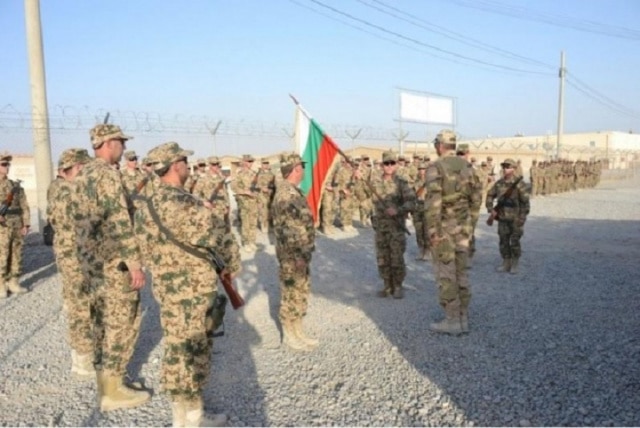 Defense Minister Admiral Emil Eftimov will participate in the solemn ceremony dedicated to sending off the 42nd  Bulgarian military contingent designated to participate in train, advise and assist Resolute Support NATO mission in Afghanistan. The ceremony will take place in Vasil Levski Square in Karlovo starting at 3:30 p.m.

The contingent is made up of up to 120 servicemen and with a National Element structure, a security company and staff officers.

During the mission, the servicemen will perform tasks related mainly to the security of the internal perimeter of Bagram Airport base, be on stand-by duty at the base operational center, as well as perform various functions at the mission headquarters.

The national commander of the 42th contingent is Colonel Pavlin Velkov. He participated in an international mission of the Bulgarian Army in Afghanistan in 2012.

The assistant national commander of the contingent is Lieutenant Colonel Todor Todorov of the Joint Forces Command, and the commander of the guard company is Major Milen Prodanov from Military Unit 34840 – Karlovo from the composition of the 61th mechanized brigade. This is the fourth time he participates in an international mission.

The immediate preparation of the contingent began in December 2020 and was held at Military Unit 34840 – Karlovo and the Marino Pole training center. The 42nd contingent was certified on 25 February 2021 with a “Combat- Ready” preparedness evaluation (CREVAl) for the performance of tasks in the NATO mission in Afghanistan.