Published by Chief Instructor on October 23, 2019 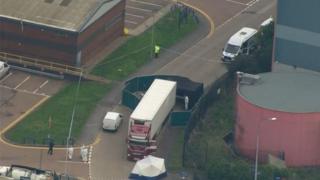 The driver, a 25-year-old man from Northern Ireland, has been arrested on suspicion of murder.

The bodies of 39 people have been found in a lorry container in Essex.

Police were called by the ambulance service shortly before 01:40 BST after the discovery at Waterglade Industrial Park in Eastern Avenue, Grays.

The lorry driver, a 25-year-old man from Northern Ireland, has been arrested on suspicion of murder.

Essex Police said the vehicle travelled from Bulgaria and entered the country via Holyhead, Anglesey, on Saturday.

Early indications are that 38 adults and one teenager have died, the force said. Police would not say whether any survivors were found in the lorry.

“We have arrested the lorry driver in connection with the incident, who remains in police custody as our inquiries continue,” he said.

He said: “I am receiving regular updates and the Home Office will work closely with Essex Police as we establish exactly what has happened. My thoughts are with all those who lost their lives and their loved ones.”

Home Secretary Priti Patel said she was “shocked and saddened by this utterly tragic incident”, while Thurrock MP Jackie Doyle-Price said it was “sickening news“.

“People trafficking is a vile and dangerous business,” Ms Doyle-Price tweeted, adding that she hoped Essex Police could “bring these murderers to justice”.

Seamus Leheny, Northern Ireland policy manager for the Freight Transport Association, said if the lorry had come from Bulgaria, getting into Britain via Holyhead was an “unorthodox route”.

He said: “People have been saying that security and checks have been increased at places like Dover and Calais, so it might be seen as an easier way to get in by going from Cherbourg or Roscoff, over to Rosslare, then up the road to Dublin.

“It’s a long way around and it’ll add an extra day to the journey.”

Glen Freeland, from GSF Car Parts, which is close to where the bodies were found, said staff could not access their premises on Eastern Avenue.

“The manager went to get into work this morning and it was cordoned off and we’ve been moved to a different area,” Mr Freeland said.

In June 2000, 58 Chinese immigrants were found suffocated to death in the back of a lorry in Dover. There were two survivors.

A Dutch lorry driver was jailed the following year for manslaughter. 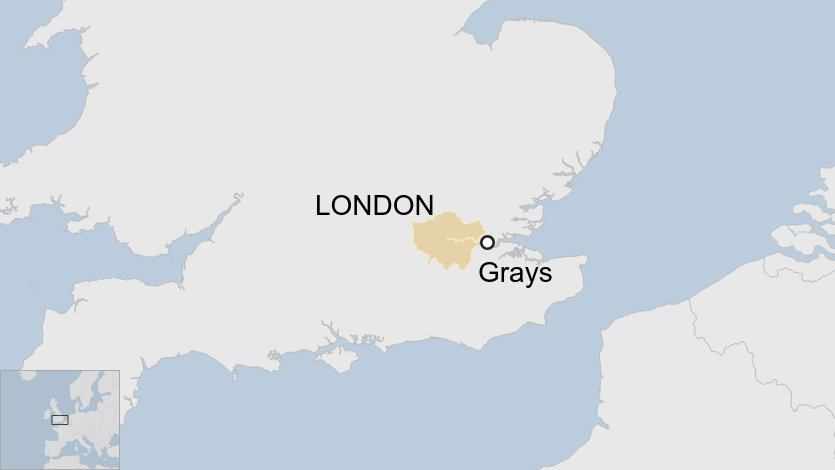