17% of the Bulgarian Military are Women – Novinite.com – Sofia News Agency

Published by Chief Instructor on December 11, 2021 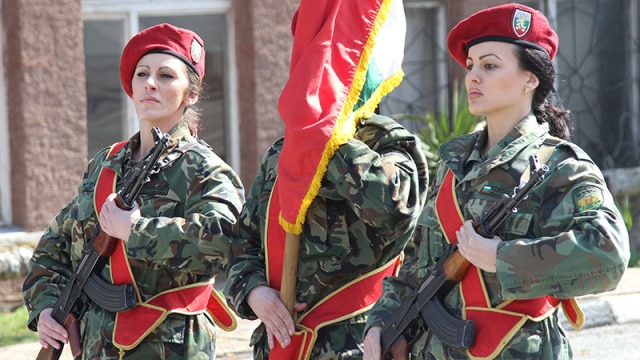 Bulgaria is among the countries with the most female NATO servicewomen, according to BGNES.

Currently, there are 4,606 servicewomen in the Armed Forces, which represents 17% of the total number of soldiers.

“This is one of the highest percentages among NATO members. Maybe we are in second or third place in the number of women servicemen in the army,” said Defense Minister Georgi Panayotov.

“Servicewomen are appointed not only in the military formations of our army, but also in the multinational formations in international organizations on the territory of the country, as is the case with the commander of a national mobile module on the NATOcommunication and information system. The commander of this formation is a woman,” said Minister Panayotov.

There are also women commanders in higher military schools. Such is the case with the Higher Naval School in Varna, where the commander of the cadet battalion is also a woman.